The Pupils’ Council is made up of a representative from each class who is elected by their peers to represent the views of all children. The Pupils’ Council is a means for the children to raise issues, concerns and to suggest ideas for their school and ways they could make a difference in the local and wider community.

The Pupils’ Council is chaired by the Head Girl and Boy. Class discussions take place at the beginning of each term and key points from these discussions are then raised at the Pupils’ Council meeting. There is also a suggestion box for children to post ideas. Assemblies are used to feedback and share the latest projects. 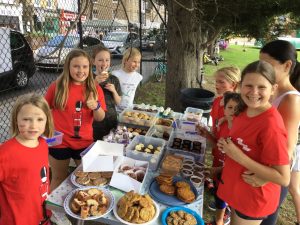 Each year the Pupils’ Council supports an international charity and runs various fundraising activities. One such event was a whole school Spellathon, which raised over £10,000 to enable us to sponsor two children, Bravick and Jentrix, who are living in the slums of Kibera, in Nairobi, to go to school. We regularly keep in touch with Bravick and Jentrix and the children gain much from this experience. 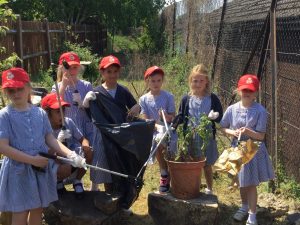 Pupil Council reps also suggest ways they can contribute to a sustainable environment, and they are responsible for implementing the school Travel Plan. They have made a film to encourage more children to walk to school, have planted flower boxes in the front garden and have created a vegetable patch. Our Womble litter collectors can often be spotted out and about collecting litter. There are also lots of competitions and the children help run stalls at various school events. Above all, the children feel empowered and that their views do matter.

The Head Boy and Head Girl, together with the Prefects, work closely with Mr Ben (Head) and the Management Team to ensure that the school runs smoothly. They discuss and respond to suggestions from their peers in the suggestion box which sits outside Mr Ben’s office and action initiatives throughout the year. Their positions of responsibility mean that they can also mastermind initiatives of their own; recently they wrote to the school community asking for donations for Ukrainian refugees. During their meetings with Mr Ben he sometimes uses them as a soundboard for ideas that he may have for the school.

The Prefects are given responsibilities such as announcing House Points and speaking during assembly, meaning that they are prominent figures and role models. The Head Girl and Head Boy write and deliver speeches at major school events, including the beginning and end of term assemblies and Prize Giving.

The School Reporters meet with Miss India (Head of Marketing & Communications) to generate a buzz about school life, providing a pupil take on events, trips and day-to-day activities. They conduct interviews with their peers, staff and visitors, sometimes alongside another set of monitors – e.g they interviewed the recently appointed Head of Music with the Music Monitors. They regularly update their Frog (VLE) page with challenges and riddles, and help to produce a ‘pupil takeover edition’ of the school newsletter.

The STEM Monitors meet with the Science, Computing and Design Technology Departments to promote and generate an enthusiasm for STEM throughout the school and help ensure the departments are well regarded amongst pupils; this can be anything from competitions and activities run over a school holiday to brainstorming ideas for the biennial STEM Day. They also have responsibilities given to them by the IT department, such as monitoring printer ink levels.

The Librarians work closely with Miss Lindsay (Library Co-ordinator) to promote and generate an enthusiasm for reading throughout the school. They take pride in assisting Miss Lindsay in organising the Library and in helping her during events such as the hugely popular World Book Day. They drum up support for important initiatives such as the annual Book Drive, making posters and promoting it across the school.

The Music Monitors work closely with the Music Department to promote and generate an enthusiasm for music throughout the school. They choose pieces of music to share with the whole school during assemblies and deliver short speeches about these pieces. They are currently involved in the planning of the first whole school music day.

The Art Monitors work closely with Miss Susannah (Head of Art) to promote and generate an enthusiasm for art throughout the school and assist the department in many ways. They run competitions for pupils across the school which they then judge and award prizes for, with the results displayed on their Frog page and in the corridor outside the Art department.  They also showcase pupils’ work, trips and extra-curricular art interests.

The Games Captains work closely with the PE Department to promote and generate an enthusiasm for sport throughout the school.  The Games Captains post school sporting news onto the board outside the PE Office,  celebrating victories and results. They are prominent sportsmen and sportswomen in their year, motivating their peers at fixtures and at their crowning glory – Sports Day!

The Swimming Captains work closely with the PE Department to promote and generate an enthusiasm for swimming throughout the school. They write and deliver speeches at swimming galas throughout the year and provide a role model for the younger swimmers in the school.

The House Captains work closely with the staff Heads of House to organise House related events and promote and generate a sense of pride in their House. They are role models to the younger members of the Houses. The House Captains’ biggest responsibility is their charity day (one for each House each year) where the entire school takes part in an event such as Crazy Hair Day (link to news story) which fundraises for the House’s chosen charity for that year. They motivate the pupils in their House during inter-house events such as the Upper School Swimming Gala, Sports Day and so on. They also have a House Frog (VLE) page, and a physical board in school to post House news on. 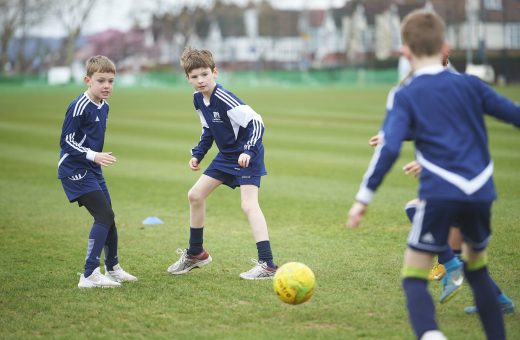