Although the boys were very excited about the tournament, they knew it would be a challenging day with a number of schools taking part.

Unbelievably, both teams managed to win their groups with only one goal conceded and a large number of goals being scored. At lunch confidence among the squad was very high, but the boys were told that this was the knockout stage of the competition and concentration was vital.

Both teams managed to navigate through the quarter finals successfully. It was in the semi-finals that the B team were drawn against Eaton House, a team we knew were going to be difficult from the outset. It was in this match that we played our best football to date, overcoming them 2-0. The A team put up an equally impressive performance against Westminster, with the match ending in a victory for Finton House. Unbelievably both teams had made it to the finals, which is an achievement in itself!

The B team were winning 1-0 until the very last minute of the match, when we unfortunately conceded a goal, meaning the match went to penalties. However the boys kept their confidence throughout and took home the first of the two Finton House medals.

The A team then went into their final, wanting to replicate the success of the B team. Unfortunately, we were defeated 1-0 in the final, but the boys gave everything and on another day the result could have been the other way around.
Overall it was a fantastic day! 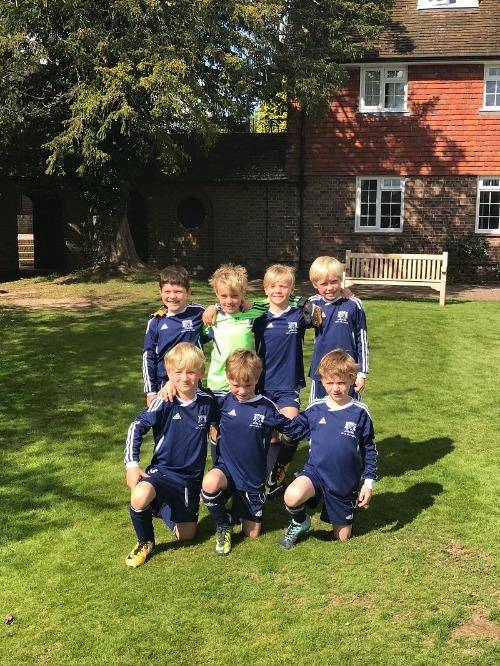