Prize Day 2017 took place in the Wandsworth Civic Suite on Wednesday 12th July, giving the school community the chance to celebrate the exceptional progress and achievements of the past school year. Exquisite performances and singing by the Finton House Wind Band and House Choir created a beautiful celebratory atmosphere in the hall as parents and pupils arrived dressed for the special occasion.

The ceremony started with an address from the Chairman of the Governors, Mark Chilton, followed by the Headmaster, Ben Freeman’s review of the year.

The students were then called up to receive their prizes, in recognition of their efforts and achievements. Prizes were awarded for academic, sporting, creative and artistic success as well as for exceptional progress and for notable attitude and service to others.Staff joined in with parents to clap and cheer for the prize winners. It was most striking to note the way in which the pupils proudly held their trophies and glanced at their parents in the audience for recognition of their great achievements. Fintonians know that they can achieve anything if they strive hard enough and Prize Day is a great testimony to their achievements.

The Upper School song ‘Everybody Sing’ reminded the audience of the superb musical talent of the pupils within the school. Also our budding musicians from the Lower School performed really well, singing ‘Power In Me’ with great enthusiasm. The audience truly loved both performances which was reflected in the loud applause at the end.

The final act was the presentation of the prestigious Headmaster’s and Governors’ Awards. The winner of the Headmaster’s Prize this year was Sally B. Sally has exceptional musical ability, and her love of the subject has sustained her through what have been some very difficult personal circumstances. She has continued to blossom and develop a gorgeous character and personality that will take her far.

The Governors’ Prize went to Isabel D. Isabel embodies so many of the Finton values and is respected by staff and pupils for her integrity, honesty, resilience and sense of fair play. She is a kind friend, who listens to others, cooperates and shows forgiveness where it is due. She has been an outstanding Prefect this year and sets a great example to our younger pupils.

While the prize giving was accompanied with laughter, smiles and loud applause, a sudden change of atmosphere could be felt in the hall as Year 6 pupils gave their final speeches on stage. One student said, “Even though some things are challenging in life, I have learnt that working hard and not giving up will help me achieve my goals. I will never forget Finton House.” The film premiere of ‘Class of 2017’ saw many pupils and parents in tears which was a very emotional moment for the whole school community. The children hugged each other and held hands as they watched the video about their seven years at Finton House School. Although we are very proud of our Class of 2017, we are also very sad to see them go!

Headmaster Ben Freeman wished them the best of luck and concluded the event with the following message to Year 6:

“The education you leave with and the values you will have absorbed along the way will always stand you in good stead – life skills that will always take you far if you hold on to them. And I know you will because you are now an Old Fintonian.” 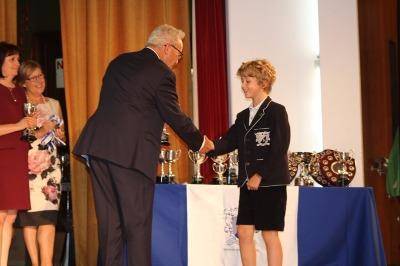 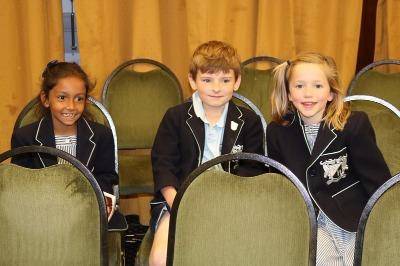